History of the Scotch Egg 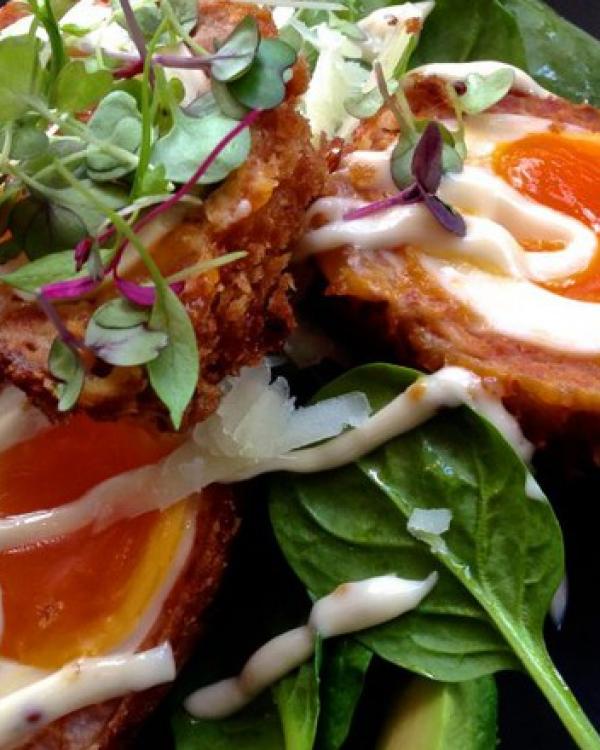 History of the Scotch Egg

The Scotch Egg needs no introduction – their English origins claim to be created by the London department store Fortnum & Mason of Piccadilly in 1738. But they may have been inspired by the Mughlai dish nargisi kofta ("Narcissus meatballs"). The earliest printed recipe appears in the 1809 edition of Maria Rundell's A New System of Domestic Cookery.

There’s a great deal of debate over the origins of this delicious snack, with rumours of the very first Scotch egg coming from Whitby right here in Yorkshire.

The Scotch egg is now experiencing a rise in popularity at the moment, thanks in part to the work of The Gourmet Scotch Egg Co and other gourmet versions appearing up and down the country. As Enid Blyton said a “wholesome snack of choice”, mentions of Scotch eggs.

Fortnum & Mason of London claim to have created scotch eggs in 1738 to sell as a luxury food only available for the upper classes. Conceived as a convenient travelling snack, for the wealthy.

Contrary to this tale, many believe that the egg’s origins are in fact rooted in the coastal Yorkshire town of Whitby. Named after the establishment that invented them, William J Scott & Sons are said to have invented the ‘Scotties’ – the original eggs were covered in a creamy fish paste rather than sausage meat, before being covered in breadcrumbs. The sausage meat replaced the fish when the eggs began to be sold in big food shops, as it was easier to package.

Whatever you're celebrating this weekend, some of our Gourmet Free Range Scotch Egg’s will do you proud.

Local Yorkshire producer and supplier of Gourmet Scotch Eggs, handmade with fresh and free range ingredients. To taste one of our Scotch Eggs is like sheer "Eggstasy!"